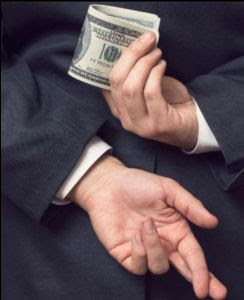 At the top of July, the Trump Organization and CFO faced accusations of tax fraud dating back 15 years.  The indictment suggests more than $1.7 Million in off-the-book fringe benefits such as a personal apartment rent, car payments and school tuition were paid to top level executives and not reported as income on executive’s W2s.  As a result, the executives illegally avoided paying income taxes and the Trump Organization illegally avoided paying employer taxes.  While no convictions have been made, we wanted to highlight the difference between legally and illegally reducing your taxes.

Tax evasion is the illegal avoidance of paying taxes which could result in jail time as well as restitution, penalties and interest on unpaid balances.  On the other hand, Tax avoidance is the use of legal methods to minimize tax liabilities.  Tax avoidance is only achieved by forecasting your business’ annual net income then finding loopholes and deductions that are tailored to your financial situation.  Contributing to retirement accounts, hiring family members and selling unprofitable stocks are examples of legal methods to reduce your tax bill and there are many other ways to do so.  If you’re tired of giving your hard earned coins to Uncle Sam, we are happy to customize a tax plan just for you.